The TG Caption community is full of weird and wonderful narritive devices and terms that we use to convey our little stories. I know for some people that probably makes it a little confusing for those who arn't as experienced in the genre as me!

Thought i'd give a brief explanation of some of the strange labels i use, so if your new to the community you know what I'm on about!
I think the rest are mostly self explainatory, but let me know if you think i missed any, or if the definitions could be improved!

Body Porting: a futuristic service where instead of actually travelling the subject switches bodies with someone in the location they want to go to.

Bodyhopper: a person with the ability to possess anyone at will

Bodymorpher: often know as shapeshifters, these people can change their entire appearance at will

Bodysuit: a futuristic suit, when worn, that allows the subject to look like a completely different person

Caption Collab: I've collaborated with some other amazing captioners, check out their blogs too!

Costume gun: a gun that turns whoever it hits into a bodysuit

Exchange Island: a holiday destination where you swap bodies with another random guest for the duration of your stay

Explicit: all those naughty captions where the image involves nudity, sex or genitalia. Oops :)

F2F: A woman is transformed, but remains a woman, or swaps bodies with another woman.

F2M: A woman is transformed into a man, or swaps bodies with one.

The Fantasy Orgasm Swapping Event (FOSE): Thousands of people having an orgasm to a fantasy suddenly swap bodies with that person due to a strange cosmic radiation that passes through the Earth (the creation of TGswappingcaps)

Gender Wave: a strange wave of energy sweeps the globe, swapping the gender of every single person, leaving them as if they'd been born the opposite gender

Great Shift: a global event where 95% of the population randomly swaps bodies with another person near them

Master-PC: An incredibly powerful computer program with the ability to completely alter the appearance and mind of the subject.

M2F: A male to female transformation

Morphic Adaption Unit (MAU): a strange alien device that can completely alter the appearance and mind of the subject.

Mind Change: where the subjects mind is affected in some way

Inanimate: the subject becomes an inanimate object, normally clothing (e.g. a bra, some panties or a dress)

Reality Change: the universe shifts to reflect the subjects transformation, as if they had been born that way. Normally only the subject and the transformer remember the old reality

Remote: a futuristic remote with the power to alter the appearance and mind of anyone it is pointed at

Role Exchanger: A bright light that sweeps the globe swapping random physical or mental traits between people near each other.

Second Puberty: A genetic condition which causes the subject to go through a puberty a second time, only this time their gender is swapped in the process!

Shrinking/Growing: This caption involves one of the characters significantly changing size, either growing bigger and stronger or getting smaller and weaker.

Swap Class: A controversial class where students swap bodies with a student of the opposite gender temporarily, so they can learn how the other half lives.

Taxi: a magic taxi, where after the ride the subject swaps bodies with the taxi driver, and has to drive the taxi until they find a passenger they wish to live as

TG Virus: An epidemic that causes the infected to switch gender. Some strains of this virus only affect men, others affect everyone.

Traitswap: A caption involing the transfer of certain body characteristics or traits to another character, often against their will.

Keep This Blog Alive Through Patreon! 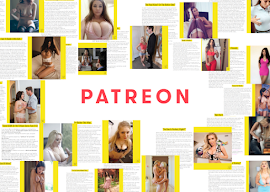 Patreon rewards including weekly exclusive captions, polls, long form series and even personalized captions! Tiers start at $2 per month!(See FAQ for how to set up your profile to be completely discreet!)

You can do it anonymously!!!

Looking For A Particular Caption?

Which Type Of Caption Are You Looking For?